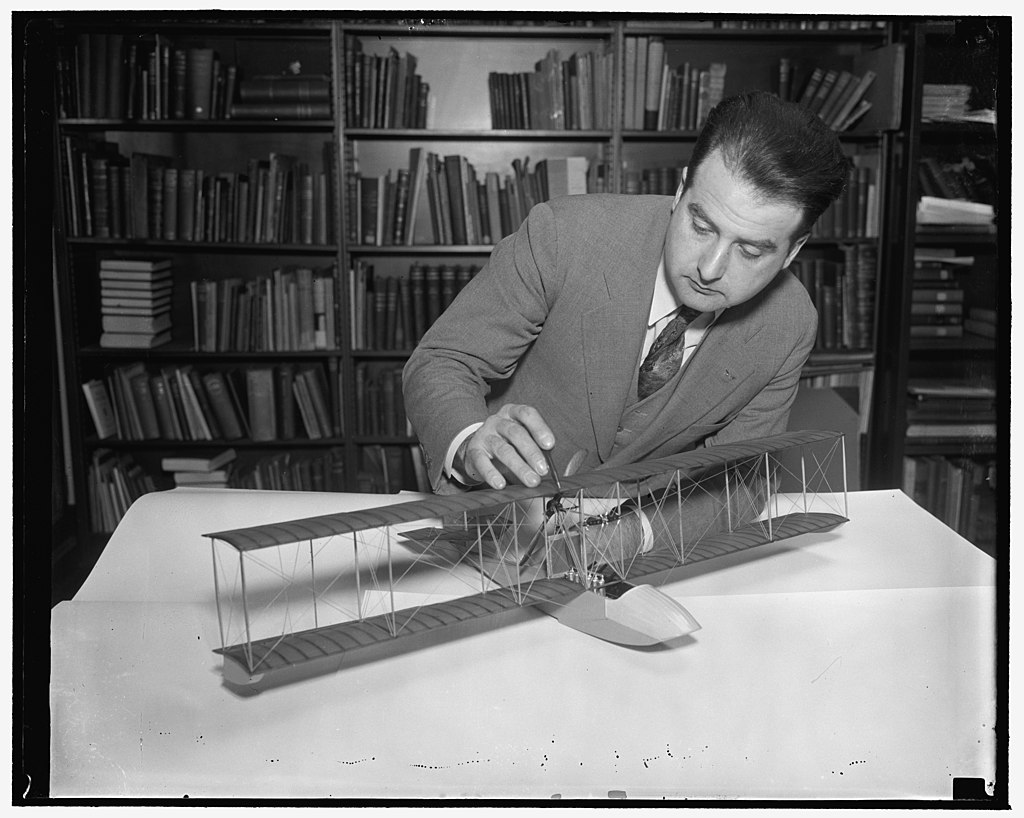 
The Army and Navy have reached back 3000 years into history for something to improve the shooting eye of their air gunners.

It’s a kite --- one that performs maneuvers no kite ever performed before. When the war is over it is going to be the delight of kids from 7 to 70. A quarter of a million of the kites have already been produced for machine gunners to rip apart, and production is still going on.

This kite will dive, loop, and bank sharply. It will plummet like a stricken airplane hurtling earthward with its engine at full power. It will recover with all the ease of a pilot hauling back on his stick, and race for altitude.

The Navy’s kite --- it was developed by the Navy and then adopted by the Army --- is called the best air-gunnery target in the world. It was perfected by Paul Edward Garber, who probably knows more about kites than anyone else and who might be called the champion kite flyer of five continents.

As curator of aviation  at the Smithsonian Institution in Washington DC, he was custodian of the museum’s kite collection, which ranged from weird oriental kites representing gods and demons to the box kite capable of carrying a man aloft, invented by Lawrence Hargrave, of England.

Garber knew that kites, notably a type invented by Alexander Graham bell of telephone fame, had exerted a profound influence on early airplane design. He had studied kite shapes and their flying qualities from information covering a period of 30 centuries.

Shortly after the United States entered the war, Garberm bow a lieutenant commander in the Special Services Division of the Navy’s B ureau of Aeronautics, heard Admiral John H Towers remark that one of the things the Navy needed most was an improved moving target to speed up the training of aircraft gunners.

Garber tucked that remark away in his head. At that time, he was helping with the production of millions of model airplanes needed by the armed services for recognition instruction.

Garber kept thinking about targets. A kite might do. It would be cheap, easy to produce. But if it was stationary in the air it would be an easy mark for even a novice with a gun. What was needed was one that could do aerobics and dodge bullets.

Working in hours mostly stolen from his sleep, and assisted by Lloyd Reichert and Stanley Potter, fellow kite enthusiasts, Garber perfected his target kite in a little less than a year.

He used as a basis for his kite --- which is without a tail --- one with a bowed cross spar developed from a Malay kite half a century ago by an American experimenter, William A. Eddy. Garber was after instability; this kite had it.

When the wind presses against the covering fabric, the lower portion of the kite becomes a sort of vertical keel. The bowed spar becomes a weight carrier similar to that of a bird’s wings. Lateral balance can be destroyed and restored simply by altering the air pressure on one side or the other of the face of the kite. Garber added a fin near the lower end of his upright mast to augment the keel surface. To this he attached a rudder, controlled by the kite’s operators by means of twin flying lines.

When he was satisfied with his product, Garber demonstrated it for Captn Luis de Florez, Chief of the Special Devices Division, who in civilian life is a successful inventor and consulting engineer. Captn de Florex watched the kite’s spectacular aerobatics for a few minutes.

‘That’s fine’, he said, with a cheerful disregard for navy red tape. ‘Get 1500 made up’. Demonstrations to other Navy officers and to the Army were enough. The Garber kite was adopted.

The kite must be good. Gunnery officers are elated when their students hit it once in 50 shots.

What the target kite will do to peacetime kite flying is easily imagined. Appropriately, it is being manufactured for the armed forces by A G Spalding and Bros, makers of athletic equipment. 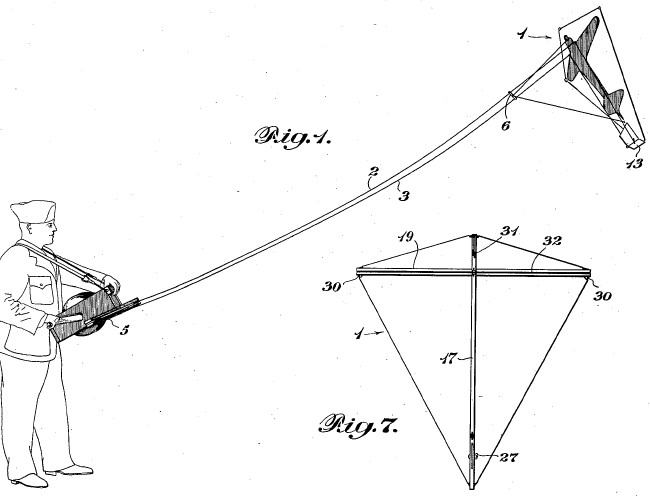