... On one such evening I had just finished a sign and was cleaning the brushes prior to going home when the telephone rang. I said, "Hello!" into' it, but there was no response; so I said, "Hello!" several times. Still no reply, so I put it down. Immediately, however, I had the urge to lift the receiver and listen again. I did so, and there was no dial tone; the circuit was still disconnected.

I listened for a few moments and was about to replace the receiver when I heard a high-pitched buzzing sound coming from it. I put it back to my ear, but after a few seconds it stopped. Then I put the telephone down and forgot about it.

As I was preparing to lock up I received a sudden and strong impulse to remain in the shop. Then almost mechanically I began to move about, pick up pieces of wood, other materials, and set about con­structing something—just what I didn't know. Whatever I was doing, I seemed to be controlled and directed, working as if I had a set of blueprints right in front of me and knew exactly every move to make.

I set the materials I had assembled on the bench. Using a 24-inch plywood base, I drilled a hole halfway through the center. In the hole I placed securely the carbon rod of a broken flashlight cell. Next I obtained a large nail of like diameter and wound the nail with 50 turns of very fine copper wire. When I had slid the finished coil off the nail, the unwound ends of wire remaining measured about eight or 10 inches. I soldered two extra connections: one from the top and one from the bottom; two of the ends were connected to a small pen flashlight battery. I stapled some of the wires to the plywood base to hold the assembly in position.

Next I took the small brass cap off the larger flashlight battery cell and glued it in the exact center of a 10-inch aluminum disc, which had been put on the jig-saw and placed in a balanced position directly on top of the carbon rod. I do remember definitely that four ends of the wire pointed at the edges of the disc directly opposite each other in the form of a cross, and approximately one-eighth of an inch from the edge of the disc. All of the equipment was set up in accordance with an imaginary shape of a pyramid.

Then I made two connections at the bottom of the apparatus, which apparently completed the circuit—for the disc immediately was en­veloped by a bluish, spinning light! Then, to my utter amazement, it rose from the platform, crashed through the 12-foot ceiling, which was made of aluminum paper, apparently bounced off the peak roof and then came down again through the same hole through which it had made its ascent! 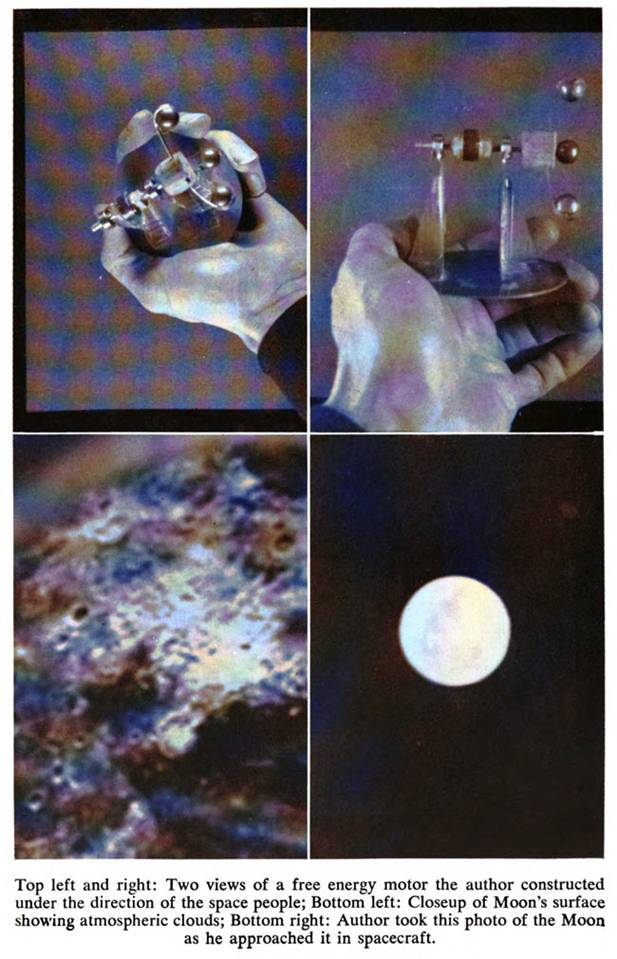 It crashed with more force than the weight of the aluminum would normally permit, almost completely destroying itself so far as recon­struction of that particular model was concerned.

I was so surprised and shocked I sat down in complete silence and thought for several minutes.

Did the electrons which came from the small battery start some­thing in the atmosphere in the form of some type of energy which took over, once the machine had been "primed"? The small amount of power from the battery surely never could have moved the object in any way. angely-sveta.ru

I was too shaken to do any more work that night, but the next morn­ing I tried to duplicate the experiment,—without success. I just couldn't remember where I had been apparently shown to make the various connections. Later I was able to duplicate the experiment to the extent that the disc glowed; but never did it move. I am writing this with the hope that some open-minded physicist or electronics engineer will, in my brief account above, detect a key which will open the door to some type of free primary energy which the space people say is avail­able all around us, waiting to be tapped... 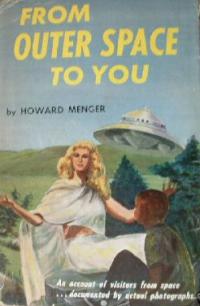 ... One of my latest experiments involved a thing people have called impossible a "one-pole magnet." The minute someone says some­thing is impossible, I am presented with a challenge, as I was in this case.

Does a magnet with only one pole refute Newton's third law of mo­tion, which states that every force or every action produces an equal or opposite reaction? Whether or not it does, many witnesses saw me demonstrate the "one-pole magnet" during a recent lecture, sponsored by Dr. Alfred Smith of The Space Seekers Society in Philadelphia.

As with the so-called free energy motor, a series of these magnets have turned a small direct current generator and lighted a small flash­light bulb. In my opinion, this is an example of harnessing a free energy to impart work of its own accord, generating a secondary energy in the form of what we term electricity or electrons, which, in turn, pro­duces light energy or heat.

Magnetic phenomena in the form of what we call attraction is not a pull, but a push from a surrounding unseen funnel of magnetic vor­tex enveloping this planet, which in itself represents a balance of mo­tion in the form of imbalance which continually seeks an equilibrium —an effect presenting itself as secondary energies seen and unseen, originating from a Cause Unseen which is Infinite...