Imagine a heavier-than-air flying craft devoid of any visible means of propulsion, which rises from the earth and travels through the air in apparent defiance of gravity. Lifting itself by its own bootstraps, by slinging weights about its interior, it could navigate at will in the stratosphere or even in the unknown reaches of outer space. Such a craft is brought within the realm of speculation by pioneer experiments of Harry W. Bull, of Syracuse, NY, with an entirely new form of propulsion that he terms the reaction motor. Suspended from a pair of light, flexible wires, in his laboratory, hands a cylindrical tube about a foot long. At the touch of an electric switch, it becomes alive and leaps forward, as if drawn by some invisible magnet. Actually the power plant, a curious system of reciprocating weights, is contained within the tube itself. This elementary form of reaction motor operates on a principle that has long been neglected by engineers, but which Bull believes can be applied in aircraft and other vehicles. It depends upon the difference in effectiveness of two ways of transmitting energy, which can be termed impact and impulse. If a weight is thrown against a solid wall, it is stopped by impact, and much of its energy is wasted in distorting the weight and wall and in producing heat. However, if the weight is thrown against a spring fastened to the wall, it is stopped by impulse, the spring conserving the energy of the moving weight and transmitting the resulting force, with little loss, to the wall. Tests have shown a weight will yield three times more force by impulse than by impact.

Figure 1 ~ Here is our artists’s conception of the proposed globular aircraft which is to be driven by shifting weights. 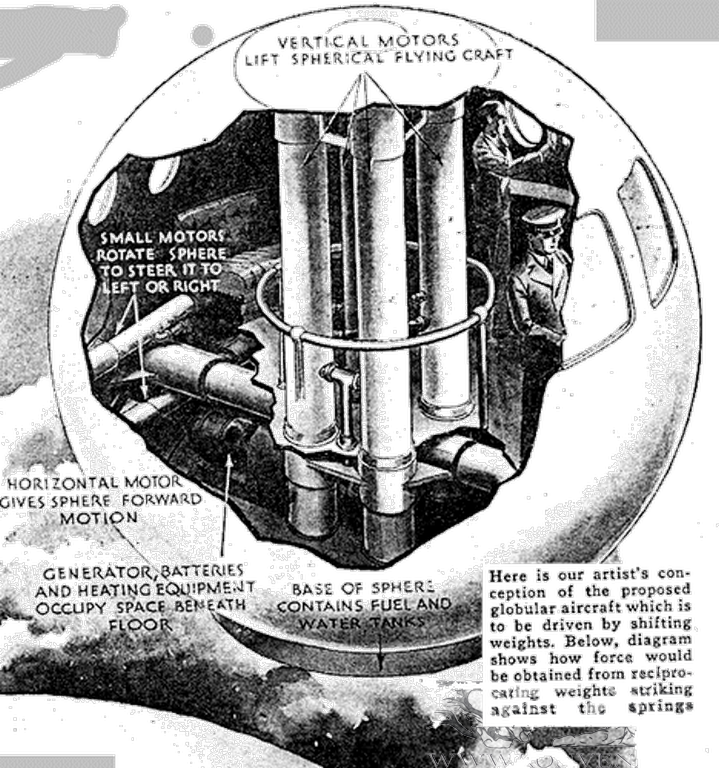 Figure 2 ~ Diagram shows how force would be obtained from reciprocating weights striking against the springs. 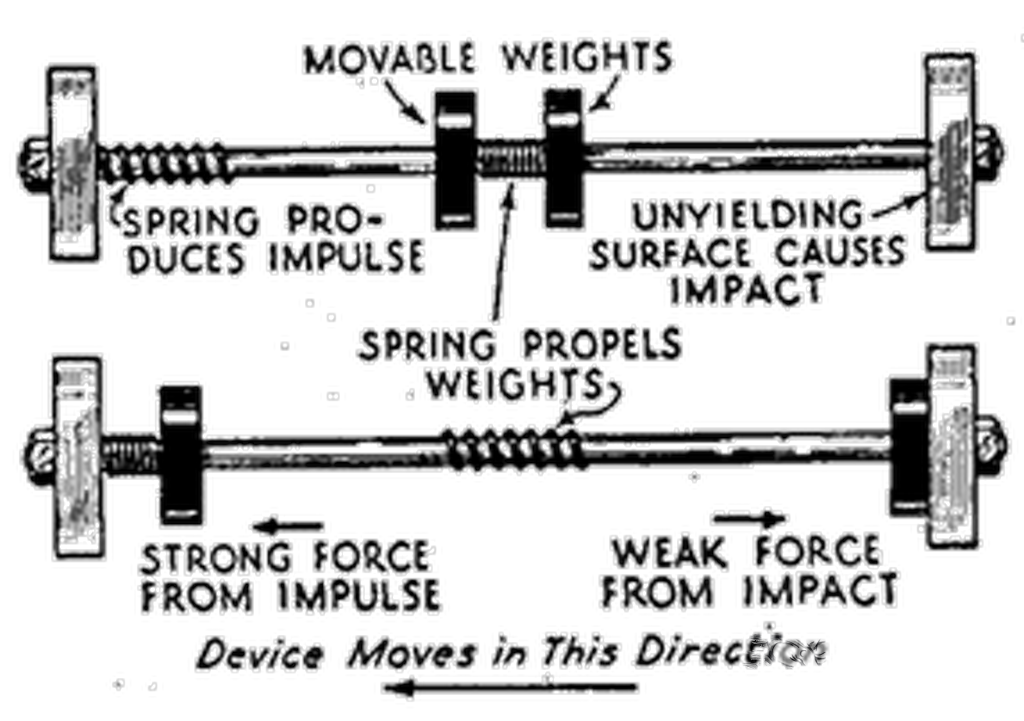 Figure 3 ~ Harry W. Bull, inventor, exhibits an experimental model of his reaction motor with which he hopes to power an aircraft that will, apparently, defy gravity. When the power is shut off the two pointers, above, coincide.

Weights in the device are operated by electromagnets. Applying this principle in the manner shown in the accompanying diagram, he mounts two movable weights in a cylinder and starts them simultaneously in opposite directions. One is stopped by a flat steel plate, and the other by a spring. The difference in the effectiveness of the two blows, as explained above, is sufficient to kick the cylinder forcibly in the direction of the spring. The weights may be returned to their original positions by any standard mechanical means, and the cycle repeated continuously, providing a steady and self-contained driving force without recourse to propellers, rocket jets, or any other familiar means of propulsion. From the present experimental model to a reaction motor powerful enough to lift aircraft seems a long step. Achieving a practical reaction motor, Bull points out, depends to a large extent, paradoxically, upon how inefficient it can be made. The more force that can be wasted in impact, the greater force will be left to push ahead, a new problem for engineers, who have spent years trying to conserve energy rather than dissipate it. Likewise, much experimentation remains to be done upon the impulse side of the apparatus, which is still far from efficient. Supposing these difficulties overcome, what would an airship, driven by a reaction motor, look like? Bull visualizes a globular craft with a motor in the form of an upright cylinder containing two pistons operating in opposite directions, one delivering an impulse and the other an impact. A carburetor adapted for mixing vaporized oxygen and gasoline would supply an explosive mixture to drive the pistons. Several cylinder units could be used to obtain a steady lifting force. Others placed horizontally would provide forward motion. A similar impulse-impact cylinder of reduced size, operated electrically and mounted near the outer shell of the ship, would rotate the craft for steering. An airship driven by this new method could travel at high speed and could be used at either high or low altitudes. Journal of the American Rocket Society 29: 7-8, (Sept. 1934) "(5) Entirely New Reaction Methods" Harry W. Bull An entirely new means of securing a reaction was next tested. The rocket was made up of a series of chambers the ends of which consisted of steel disks fastened together by a 1/4 inch diameter steel rod. The chambers were arranged to explode in series, blowing the steel disks downward with great velocity. Knowing the weight of the disk and its velocity and also the weight of the complete rocket it is a simple matter to find the energy of the recoil. Although this type of rocket works, it leaves much to be desired in the line of safety. A series of tests now followed which I believe are original in the field of reaction. They dealt with a form of impact-impulse reactions which are created mechanically. The apparatus if placed in a box in space would move without the use of a jet of any sort, it being propelled by a reciprocating motion of two weights. The truth of the theory may be easily proven by a very simple apparatus. The theory is that a large weight with a low velocity ( if stopped by springs ) will yield more foot pounds of energy than a small weight with a high velocity being stopped by impact, even though both were given the same initial force. A simple illustration: Let us assume you are in the center of a room in space. One wall is elastic and the opposite one solid. In your hands are two balls one heavy and the other light and you throw them with the same force at the same time. The heavier one hits the elastic wall with an impulse and a large amount of energy is given to the room in that direction. The lighter one having the same energy hits the solid wall but its energy is dissipated in heat and distortion. If there could be found a method whereby the kinetic energy of the lighter ball could be effectively utilized the room would move in the other direction.