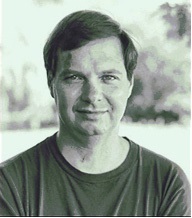 De Palma claimed that his N-machine Homopolar generator, a device based on the Faraday disc, could produce five times the energy required to run it. According to mainstream physics, no such device is physically possible. De Palma studied electrical engineering at Harvard (1958) and taught physics at MIT for 15 years, working under Harold Eugene Edgerton. He was also employed by Edwin H. Land of Polaroid fame.

Bruce De Palma's development of the N-machine concept in 1977, among his other anomalous devices (at least one of which, De Palma claimed, displayed anti-gravity characteristics) and the claims surrounding them, set him on a collision course with his more mainstream peers. His claims of "free energy" were vigorously refuted over the course of twenty years, by conventional scientists and some members of the alternative energy community alike.

His search for financial backing for the construction of a marketable N-machine saw him relocate from Santa Barbara, California to Australia c. 1994, and then New Zealand in 1996. Probably his greatest ally in his conviction that the N-machine could solve the world's energy and environmental crisis was Paramahamsa Tewari, a Project Director with the Indian Nuclear Power Corporation, with whom he corresponded regularly over many years. Tewari's Space Power Generator, claimed to be 200% efficient, is based on the same theoretical foundations as the N-machine.

De Palma's death in New Zealand in October 1997 put an end to his most ambitious free energy project, and occurred only weeks prior to the official testing of a device constructed over the course of 6 months in an Auckland workshop. The test was attended by, among others, the project's financial backer, Bruce Bornholdt, a prominent Wellington barrister, as well as the pioneering developer of the Adams motor, Robert Adams (now deceased), who observed the operation of, and measured electrical output from, the N-machine. This single test failed to demonstrate the over-unity potential of the N-machine - most of the output energy being lost as heat - and the project was immediately dissolved.